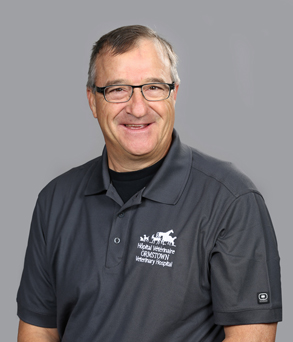 Dr. Mario Lefort received his degree in veterinary medicine from the Université de Montréal in 1979. He immediately started his veterinary practice in Ormstown, Québec, with Dr. John Whitehead.

Very early in his career, he became interested in bovine herds’ health and also in embryo transfer. He was one of the first veterinarians in the province of Quebec to freeze bovine embryos for direct transfers.

Over the years, he has been involved with different associations: he served on the board of the AMVPQ for eight years. After this, he became involved with the Canadian Embryo Transfer Association for ten years, and was its president for two years.